The human mind, allowed to operate in an atmosphere of freedom, is our greatest asset.

On October 7, we held the grand opening of the factory of my new company, Pioneer Energy, in Lakewood, Colorado. This is the speech I gave to commemorate the occasion.

"We are here today to celebrate the opening of a new factory, a place for making things. Such an event is always cause for celebration, but in this case it is especially so, because the things that this factory is going to make are themselves something new. They are fully mobile, fully integrated gas-processing plants that will take wet flare gas that is now being burned as waste and turn it into useful products: natural-gas liquids that can be shipped to the market — or even used to propel cars at less than half the price we are now paying for gasoline — and dry pipeline-quality natural gas that can be used to drive field generators at a fraction of the price operators are now paying for diesel fuel. It does this, while running itself on the ethane part of the flare gas that nobody wants. It does all this, while doing the public the favor of getting rid of an annoying flare.

In other words, what these machines do is take what is now a problem and turn it into a resource.

Now this may seem like kind of a miracle — and in a certain sense, as I’ll try to explain, it actually is — but it is not a unique one. Rather it is a reaffirmation of a fundamentally human and particularly American tradition of invention that has been responsible for the creation of so many of our resources. Take petroleum, for example. Petroleum was not originally a resource. It was always here, but it was nothing useful. It was just some stinky black stuff that sometimes oozed out of the ground and ruined good cropland or pasture. We Americans turned it into a resource by inventing oil drilling and refining, and by showing how oil could be used to replace whale oil for indoor lighting, and then, later, greatly expanding its utility by creating affordable mass-produced cars for it to propel. There are some people who say that America is a problem for the world: We have 4 percent of the world’s population, but we are using 25 percent of the world’s oil. But they have it wrong. We invented the oil industry. If not for us, nobody would have any oil.

This trait of invention is a fundamental human trait. It’s what took us out of the caves — literally — when we used it to turn our worst enemies, those dangerous packs of wolves, into our best friends, the dogs, who not only helped us with hunting but freed us from fear by providing us with a critical early-warning system. Then we freed ourselves from want by taking land, which is not a resource in itself, and turning it into something that produced food. And then multiplied the magnitude of that resource again, and again, through further waves of invention.

This is the history of the human race. Go into any real Old West antique store. Look at the things owned by the pioneers. What do you see? Things made of lumber, paper, leather, wool, cotton, linen, glass, carbon steel, maybe a little bit of copper and brass. With the arguable exception of lumber, all of those materials are artificial. They did not, and do not, exist in nature. The civilization of that time created them. But now go into a Target. You will see some items made of the same materials, but much more made of plastic, synthetic fibers, stainless steel, fiberglass, aluminum, and silicon. And in the parking lot, of course, gasoline. Most of the materials that make up the physical products of our civilization today were unknown 150 years ago. Aluminum and silicon are the two most common elements in the Earth’s crust. But the pioneers never saw them. To the people of that time, they were just dirt. It is human invention that turned them from dirt into vital resources.

There are things around today that clearly could become major resources, but are not yet. Uranium and thorium were not resources at all until we invented nuclear power, but we are going to have to do a bit more inventing to get all the bugs out so as to unleash their truly vast potential. The same thing is true for solar energy, which needs to be made cheaper if it is to become practical. But this is happening, year by year, through innumerable inventions, great and small. Other enormous resources, more distantly in view, await the invention of ways to use them; for example, there is deuterium in sea water that could provide fusion power; there are methane hydrates and stratospheric winds.

That is for the future. Today, the revolutionary new resource is shale. Twenty years ago shale was not a resource. Today, as a result of the invention of new techniques of horizontal drilling and fracking, it’s an enormous resource. In the past five years, we’ve used it to increase our oil production 50 percent. In the past ten years, America’s gas reserves have tripled.

We are not running out of resources. We are exponentially expanding our resources. We can do this because the true source of all resources is not the earth, the ocean, or the sky. It is human creativity. It is people, who are resource-ful. All people have this trait, but it is free people, politically free and intellectually unchained through education, who have the best opportunity to exercise it. That is why this country has excelled. Since its infancy America has been a phenomenon. It was our parent culture, the British, the freest before us, that invented the steam engine, but then we invented the steam boat. Then the telegraph, petroleum, recorded sound, the telephone, the light bulb, centrally generated electric power, the airplane, mass-produced automobiles, motion pictures, television, nuclear power, electronic computers, modern agriculture, much of modern medicine, communication satellites, home computers, the Internet, laptops, smartphones, and now shale oil and gas. We’ve revolutionized human existence, radically, for the better. But it all comes from people.

And this company is no exception. So I’d like to take a moment to thank the people who have built it, the Pioneer team. Friends, you are incredible! I’m sorry I don’t have time to thank you all by name, but it is a measure of your success that I can’t. But everyone should know that, from the PhDs and degreed engineers to the wirers and welders, every member of this team has played his or her part — particularly the welders. You can have a great idea, and do your calculations to perfection, but if a weld is bad, you’re toast. So thank you, welders!

Now, the team you see here has come from all over. Some were born and raised here in Colorado. Others, like me, and some of our key engineers, including Matt Lewis, Kevin Hotton, and Andy Young, came here from other states. Still others are from countries on the other side of the world. And in this connection I’d like to mention two people who have played a critical role in making this day possible. The first is Eyal Aronoff, who came to this country from Israel, with nothing, made a fortune, and then had the courage and vision to become our first investor and turn this company from an idea into reality. The second is Gevorg Sargsyan, who came to this country as a child from Armenia, went to the University of Colorado, was hired by me as a rookie engineer in 2009, rose on merit, and now is our director of engineering. Special thanks to both of you.

I’m really proud to lead a company that has such people in its ranks. But there is more to it. Because in order to have a company like this, you have to have a country and a state that welcomes it, and welcomes and fosters the talent that it needs to thrive. And so, in this connection, I’d like to welcome and thank Congressman Ed Perlmutter and Governor John Hickenlooper, who are both doing their part to make sure that Colorado remains that kind of place." 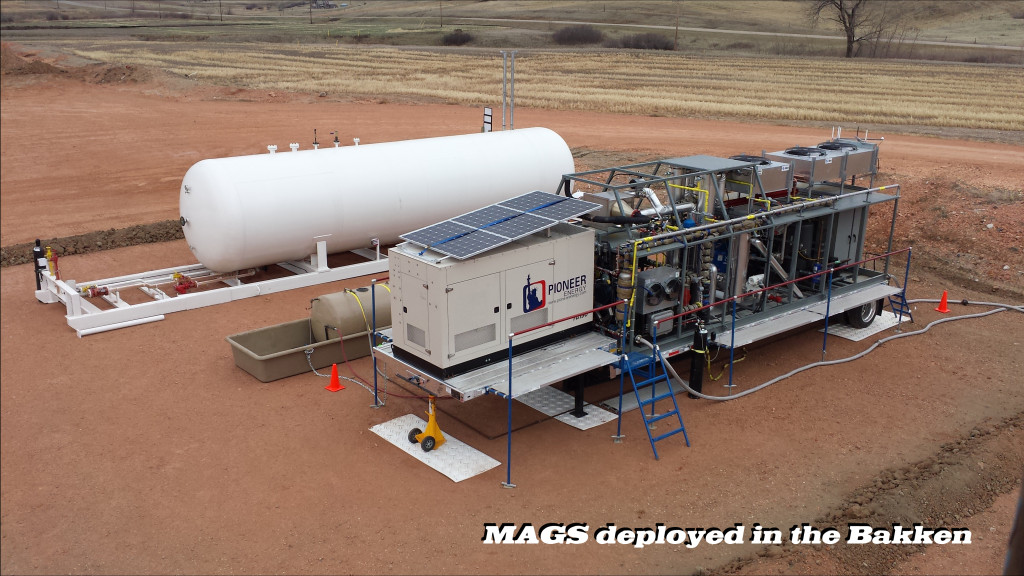